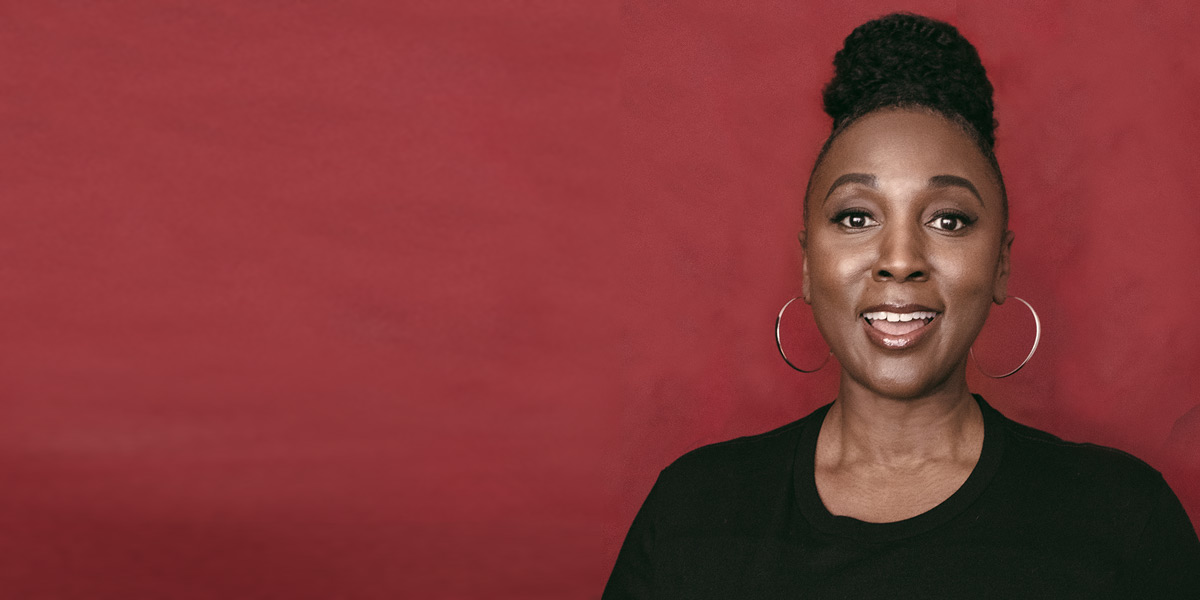 Presented with Poetic Theater Productions and Rhyme Like a Girl in conjunction with Remembrance as Resistance: Preserving Black Narratives, Flux Projects’s upcoming work with Charmaine Minniefield

This global cypher connects Black women artists from across the world in the spirit of the Ring Shout, a traditional African-American worship and gathering practice whose origins in West African ritual and ceremony predate slavery.

In her work, visual artist Charmaine Minniefield connects the traditional practice of the Ring Shout with contemporary forms of Black creative expression, including dance, music, and spoken word. As for Blackman’s participation in the project, Minniefield describes it as follows:

“Toni Blackman is not only the first US Hip Hop Ambassador but she is also a highly respected artist and social entrepreneur. Deeply rooted in cultural tradition, the connection between her work with the Cypher and my work with the Ring Shout makes absolute sense. The practice of gathering in the circle and improvising gives birth to a collective prayer whether its Hip Hop or the long-standing Black religious practice of the Ring Shout. This series of events will explore how both are coding much like messages of resistance within Freedom Quilts, which reaffirm Blackness, Ase (Power), and therefore Freedom.”

Dior Ashley Brown (Washington, D.C.)
Dubbed the “Hip-Hop Polymath” by the Washington Post, Dior Ashley Brown is a living legend. Her many creative roles are united by a single mission: to maintain the soul of music, empower all people, especially Black women and girls, and leave a legacy of positive change. Her latest single “Vernacular (RED/BLUE)” is hard-hitting, soft-centered, and unmistakably political – a bold call-to-action that treads down any attempts to use language as a way to divide and shut out others. At her core, Dior Ashley Brown is about changing atmospheres, breaking down barriers, and sparking a movement, revealing the ways diversity lends beauty and a greater understanding of what it means to be human.  more>

Jada Nycole Ellise (Atlanta)
Jada Nycole Ellise is a Detroit born vocalist, songwriter and producer. As a teenager, Ellise attended the performing arts high school The Detroit School of Arts as a vocal major. In addition to performing as a member of various classical and jazz ensembles. Being a member of these ensembles presented many life-changing opportunities to Ellise such as performing at Carnegie Hall in New York with her high school ensemble, singing at the Michigan governors summit on Mackinac Island, and placing runner-up in the 2014 Detroit Jazz Festival Youth Vocal competition. After graduating from DSA, Ellise enrolled as a full-time student at Spelman College to study Vocal Performance and performed on and off campus as a vocalist and bassist for the Spelman College Glee Club. She has performed as an opening act for artists such as Chrisette Michelle, Elle Varner, and soul legends Frankie Beverly and Maze. She has also performed background vocals for jazz vocalist Kathleen Bertrand. more>

MC Sharon (Nairobi, Kenya)
MC Sharon, also known by her other monikers Decibelle or Alshaverb Mama Yao is a veteran talent from Nairobi, Kenya; having been in the music business for the better part of her planetary existence. The singer, rapper, producer and writer who originally hails from Muhoroni township epitomises a gritty blend of conscious hip hop, Afro soul, unapologetic lyricism, feminist pride and tonnes of attitude. Hers is an unparalleled, passion-filled quest for life-changing sound and prose intertwined into little artistic gifts for the world’s enjoyment. ART- Alternative Righteous Talent is what it is called sometimes. more>

mirrah (Sydney, Australia)
mirrah is a passionate diverse music artist, not only does her passionate messages of self-empowerment and positivity reach her supportive listeners, but carry into her facilitated youth programs as a Yourhworker. more>

Sincerity (Boston)
Denise “Sincerity” Garcia is a Poet and MC from Brooklyn by way of Ecuador who is committed to using her art as a means to uplift and bring joy to the world. As a core member of Rhyme Like a Girl she has had the opportunity to tour in Uganda with Toni Blackman. Less than a year ago, she also toured in Colombia as a Hip Hop Ambassador. Her most recent accomplishments include being mentioned in Rollingstone Colombia, premiering her first single El Amor in El Radio Nacional de Colombia and appearing on Caracol Tv for her collaboration in Fuerza Mundo (Strenth to the World) a project and song dedicated to the world in times of Covid-19.  more>

Music by DJ Likwuid
Hip Hop Fusion music artist, DJ, songwriter, music curator and educator, LiKWUiD (Stylez), born Faybeo’n LaShanna A Mickens, is committed to using her gift of song to empower the portrayal of women of color in the entertainment industry. LiKWUiD has performed nationally and internationally for organizations such as Photoville, Summer Stage, Brooklyn Hip Hop Festival, Doku.Tech, The Apollo Theater, Super Fine Art Fest and more. As an avid lover of music, LiKWUiD’s style of djing is based around the African-American diaspora of music to include afrobeats, reggae, hip hop and soulful house. As a songwriter, she is influenced by Gullah spirituals, jazz hip hop and southern soul. LiKWUiD is fully committed to combining hip hop and education. Most recently she is a co-collaborator in super-group EllaMaeFlossie presents Tea Time, an audio/visual/movement performance piece centered around women’s issues that takes a musical journey through afrofuturism. more>

Presented in conjunction with the 2020 Hip Hop Appreciation Week, May 17 – 23

Remembrance as Resistance and its related programming is sponsored in part by the National Endowment for the Arts (NEA) and National Black Arts (NBAF).