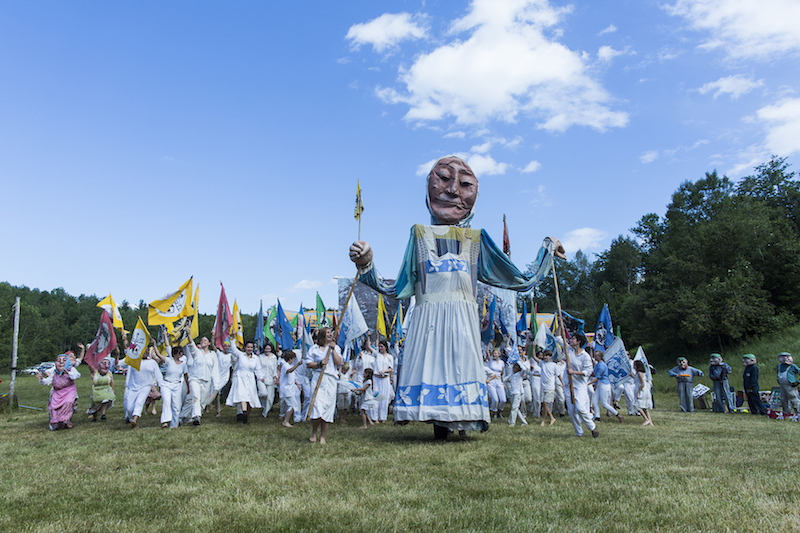 The Grasshopper Rebellion Circus is a large-scale puppet spectacle that explains and teaches riot and rebellion against intolerable situations with the help of state of the art paper-maché weaponry and the riotous Bread and Puppet Brass Band.

Bread and Puppet comes to Spelman as part of a rare 14 week tour across the continent and back with The Grasshopper Rebellion Circus and two other programs.

About Bread and Puppet
Bread & Puppet Theater is an internationally celebrated company that champions a visually rich, street-theater brand of performance art filled with music, dance and slapstick. Its shows are political and spectacular, with huge puppets made of paper maché and cardboard. Founded in 1963 by Peter Schumann on New York City’s Lower East Side, the theater has been based in the North East Kingdom of Vermont since the early 1970s.